In a case concerning the enforcement of a UK costs certificate, the Greek Supreme Court recently overturned longstanding precedent and held that the “excessive nature” of an English costs award is not contrary to Greek public order. The reasoning of the court’s decision was based on the EU principle of mutual trust and the prohibition of any review of the substance of a foreign judgment, as provided for in art. 45 of the original Brussels Regulation.

On 1997, an English national domiciled in the UK was injured in a RTA in Greece by an untraced vehicle in a “hit and run”. He brought an action for damages before the High Court of Justice of England and Wales against the Greek Auxiliary Fund – the equivalent of the English MIB.

Eventually, damages were settled at £150,000, which was the maximum amount of cover at that time. The costs of the claim, although discussed, were not settled. The claimant sought and obtained a default costs certificate (since the defendant, although served, did not appoint solicitors).

The claimant appointed Greek solicitors in 2003 to declare the English judgment enforceable in Greece with the intention of executing it against the GAF. As the Brussels Regulation had in the meantime taken the place of the Brussels Convention, the procedure prescribed in the Regulation was followed in line with Greek procedural law.

The claimant appealed to the Areios Pagos (the Supreme Court of Greece), requesting that the Court of Appeal’s judgment be overturned and the certificate remain executable.

The Areios Pagos delivered its ruling in late 2006 and rejected the claimant’s appeal. It confirmed the findings of the Court of Appeal that the costs certificate could not be considered executable on the basis that it was excessive and therefore against Greek public order.

The Areios Pagos explained that a decision of a foreign court that imposes court costs on the defeated party is not necessarily contrary to Greek public order and may be declared enforceable in Greece, since Greece has similar provisions determining fees (arts. 173 and subsequent of the Code of Civil Procedure and arts. 100 and subsequent of the Lawyers’ Code).

However, the obligation of the defendant to pay to the claimant excessive court costs and, in particular, costs that were manifestly disproportionate to the objective value of the trial, ran contrary both to the fundamental constitutional principle of proportionality and to the principle of participation of all persons to the economic life and the principle of fair trial as provided for by the European Convention on Human Rights. It was on this basis that execution of the English certificate was refused by reference to Greek public order.

It is important to note that this case was delivered exactly one year before the landmark judgment of the ECJ in Odenbreit that clarified the ability of the claimant to bring proceedings before the courts of his own domicile. It was a golden (missed) opportunity for the Areios Pagos to refer this case to the ECJ and so to be a pioneer in this field.

A new dispute began on 2012, when a Greek national journalist domiciled in Greece published an article in a prominent Greek newspaper, available online, blaming a Greek-Israeli entrepreneur, operating his business activities in UK, of tax evasion equal to £1 million.

His solicitors chose to file a defamation claim against the Greek journalist before the High Court of Justice of England and Wales. The defendant, although served, did not appoint solicitors. The claim succeeded on the basis that the newspaper was accessible online in the UK and the article had been read by English IP address holders. The claimant obtained an order setting damages at £40,000 and costs at £76,290 awarded on an indemnity basis.

The claimant then appointed Greek solicitors in 2015 to declare the UK judgment executable in Greece. The original Brussels Regulation regime remained applicable in respect of enforcement.

At first instance the certificate was declared executable. The journalist filed an appeal before the Athens Court of Appeal arguing that the indemnity costs awarded fell under the category of “excessive” and were therefore unsupportable for public policy reasons.

The Court of Appeal accepted the appeal and overturned the permission to execute the certificate. The claimant lodged an appeal on points of law before the Areios Pagos. The Areios Pagos delivered its verdict on 2019 in judgment 579/2019. It accepted the claimant’s appeal, marking a significant shift from the original longstanding case-law.

The Areios Pagos had to examine whether the Court of Appeal had misinterpreted the relevant provisions of the Brussels Regulation.

The relevant law in question was art. 45(1) of Regulation No 44/2001, according to which “the court with which an appeal is lodged under Article 43 or Article 44 shall refuse or revoke a declaration of enforceability only on one of the grounds specified in Articles 34 and 35.”

The Areios Pagos’ reasoning was as follows:

The Areios Pagos ruled that ordering the defeated party to pay “excessive” costs would not be at variance to an unacceptable degree with public order, and therefore annulled the Court of Appeal’s judgment.

Back in 1997 when the original matter was taken before the English Courts, it was accepted that the GAF or any similar European Entity was considered an “insurer” for the purposes of the Brussels Convention. Thus, the English Court accepted jurisdiction.

Eventually, when the fourth motor directive was introduced and set up a new compensation framework for cross-border RTAs, the MIB was (pre-Brexit) the body rendering compensation and therefore to the defendant in hit and run/untraceable driver cases.

The recent ruling of Areios Pagos overturned the existing legal treatment of enforcement of English costs certificates and explicitly declared the primacy of mutual trust over refusal of enforcement on the grounds of domestic public policy reasons.

One can argue that this shift from precedent may be seen as a relief for UK practitioners and clients who choose the UK as the jurisdiction in which to adjudicate their disputes. However, it is highly significant that the ruling was issued within the framework of EU Law. In the aftermath of Brexit, obvious questions are raised regarding the course the Greek courts will follow in the future.

Specifically, the legal regime of enforcement of foreign titles (judgments and arbitral decisions) is provided by the Greek Civil Procedure Code, arts. 905 and 323, which lay down public order as a reason to refuse enforceability. Given that the key determinant of the Areios Pagos’ decision was the EU principle of mutual trust (which no longer applies), it remains to be seen whether “excessive” court costs will once again be interpreted as contrary to the public policy.

The English claimant in this particular case is still struggling to recover his legal expenses and has brought a “Kobler”-type claim before the Greek Courts suing the Greek state. The procedure is still pending. In the meantime, the new judgment has been welcomed as “bittersweet” by his solicitors.

The article written by Louiza-Eleni Papadopoulou and George Natsinas is already published at the International & Travel Law Blog and can also be found on the following link https://internationalandtravellawblog.com/2021/02/22/greek-supreme-court-changes-course-on-enforcement-of-english-costs-awards/. 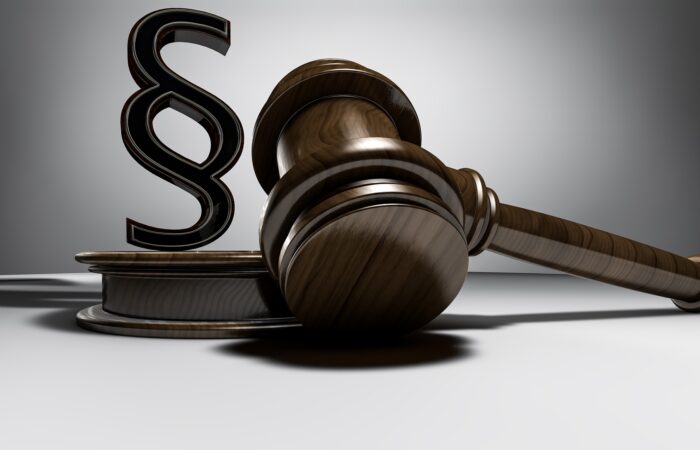