On Friday 26th of February, our founding partner, Yannis Papadopoulos, participated as a speaker in a webinar co-organized by the Association of Greek Legal Experts e-themis and the Association “Me ton dikigoro” titled as “Car accident & Private Insurance – Civil and Procedural matters”.  Yannis talked on the matter of “The presumption of innocence in the context of civil procedure – European Court of Human Rights (ECHR) and Greek Supreme Court’s case law”.

In Greece, it has been a hot-button issue- for practitioners specializing in tort law and particularly on cases involving personal injuries following a road traffic accident- whether the civil courts are bound or not by the decisions of the criminal courts.

One can wonder what happens, for instance, when the criminal court has acquitted the accused-driver for causing death or serious bodily injury to the other party (driver or a pedestrian) and, on a latter stage, the civil court finds him liable to pay compensation arising out of the same factual event.

The dominant issue is whether the presumption of innocence, as established at article 6 paragraph 2 of the European Convention on Human Rights (ECHR), applies in principle when a case has been brought before courts of different jurisdiction.

Reviewing the case law of the ECHR on article 6 paragraph 2, there is a tendency to extend the scope of the presumption of innocence, by reducing the breadth and autonomy of the civil trial against it. The ECHR has consistently held that, while exoneration from criminal liability ought to be respected in civil compensation proceedings, the establishment of civil liability to pay compensation arising out of the same facts on the basis of a less strict burden of proof, should not be precluded. Nevertheless, there are strict conditions that safeguard the non-violation of the presumption of innocence and create a wide range of protection in the latter.

The broad interpretation of ECHR, as regards to the presumption of innocence, has a major impact on the course followed by the Greek civil courts and especially, the Greek Supreme Court, which repeatedly dealt with the issue of res judicata of final criminal court decisions in the context of civil proceedings instituted after criminal proceedings, but based on the same events. The outcome of this broad interpretation was the division of the Greek Supreme Court’s case law.

In that regard, it is possible to list two main jurisprudential trends. According to the first one who endorses the view of non-binding effect of the acquittal criminal decision on the civil court’s decision, awarding compensation, despite the previous acquittal, does not per se undermine the presumption of innocence. According to the second one, civil courts are bound by the criminal decision. By virtue, it is unacceptable and contrary to the unity of the legal order to hold the former accused – acquitted person liable to pay compensation, in the context of subsequent civil proceedings, especially when there has been a voicing of suspicion that he is guilty.

The Greek Supreme Court held that civil courts are not bound by res judicata of criminal courts; however, civil courts must  a) seriously take into consideration, as a piece of evidence, the judgment on acquittal  delivered by the criminal court  b) assess it along with the other pieces of evidence, and  c) fully justify any deviation from it.

As Yannis pointed out during his presentation, the Supreme Court’s ruling addressed the issue of the limits and the scope of the presumption of innocence within the subsequent civil proceedings, consistently and comprehensively. In practice, the civil judge is required to strike the appropriate balance between the fundamental principle of the presumption of innocence and the compensation to which the injured person is entitled, whereas the ECHR is called upon to draw the required consensus to guarantee the harmonization between the legal interests in conflict. Any judicial decisions taken after criminal proceedings were concluded, questioning his criminal discharge can be challenged before the Supreme Court on points of law, and specifically on point 11 of article 559 of the Greek Civil Code of Procedure.

In his concluding remarks, he emphasized that it is for the legislator and not the Court to resolve the pressing question of the unity of the legal order, by setting a clear and stable framework defining the cases and conditions under which the decision of a jurisdiction bound the outcome of the decisions of another jurisdiction.

Attached you will find his Power Point presentation available in Greek. 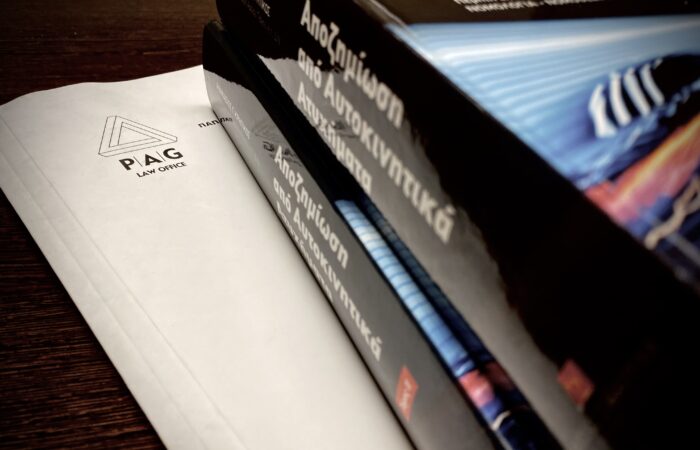